Electric vehicles (EV) are rapidly populating the Earth. Even multinational energy giant Royal Dutch Shell’s CEO Ben van Beurden says that his next car would be electric. In September, he switched from a diesel car to a plug-in Mercedes-Benz S500e.

And he’s not the only one. The company’s Chief Financial Officer Jessica Uhl was already driving a BMW i3 electric car.

“The whole move to electrify the economy and mobility in places like northwest Europe, the US and even China is a good thing,” Van Beurden told Bloomberg not long ago, adding: “We need to be at a much higher degree of electric vehicle penetration, or hydrogen or gas vehicles, if we want to stay within the 2°C outcome.”

The global movement to push EVs has picked up this year and Fitch Ratings expects the trend to significantly increase over the next decade. According to International Energy Agency (IEA) estimates, the industry will deploy up to 70 million EVs by 2025.

Countries like France and the UK have already announced that they will ban the sale of diesel and gasoline fuelled cars by 2040. In the UK, about 26,000 new plug-in electric cars have been registered since the beginning of this year, which is 18 percent more than in 2016. This increase is supported by about 4,700 charging stations. And it takes the nation’s number of registered EVs to more than 110,000.

Norway says that in 2025, all new cars will be zero emission. According to the IEA, about 10 more countries have set targets that can push more EVs into the market. They include Austria, Denmark, Germany, Ireland, the Netherlands, Portugal and Spain. While the US has not yet made any promises, at least eight of its states have announced relevant future goals.

And the movement towards EVs is not limited to the West. EVs have become increasingly popular in the East too.

The Indian government has said it aims to have fully electric cars on the road by 2030. And China is already the largest electric car market, accounting for 40 percent of the world’s EV sales, which is more than double that of the United States.

This trend began in Japan with 2,500 EVs sold as early as at the beginning of last year. Japan is also unique in that the market comprises entirely locally produced vehicles. The EV market has had an early push in South Korea as well with almost 6,000 vehicles sold in 2016.

In the West, the move to popularise EVs was triggered by the Paris Agreement and facilitated by falling prices that are now almost within the range of fossil fuelled cars.

A shift to EVs in the Asian market, which is the world’s largest consumer of fuel, would have a significant impact on the global oil industry – particularly for major suppliers like Saudi Arabia and the United Arab Emirates (UAE). EV penetration has caused one of the most disruptive changes the global oil market has witnessed so far.

Moreover, a recent report released by Oil Change International states that current efforts to decarbonise the energy sector could lead to a drop in Saudi Aramco’s initial public offering (IPO) value. The IPO is scheduled for next year.

The report notes that compared to a base case estimate of around US$ 1.5 trillion, the value of Aramco could be 25-40 percent lower in the IEA’s safer climate scenarios.

In this context, the statement by Shell’s CEO is significant. Shell and other global oil giants have been struggling with their balance sheets since oil prices started falling. After the price of oil reached a historical peak of US$ 112 a barrel in 2014, it dropped to less than 28 dollars early last year and has risen again to above US$ 50 recently.

One of Shell’s strategies to overcome the crisis has been to invest up to one billion dollars annually in its New Energies division, accelerating the transition toward renewable power and electric cars. Other oil giants like Total S.A. and BP are also diversifying their energy investments in the face of developments on the climate change front.

There’s speculation that if plug-in cars account for a third of the global auto fleet by 2040, about eight million barrels of oil production will be displaced each day. This figure is more than Saudi Arabia’s current export capacity of seven million barrels a day.

In the meantime, some analysts have flagged the climate impact of EVs, which require the extraction of nickel rich ores from countries like Australia, Canada, Indonesia, Russia and the Philippines. The substance reportedly causes clouds of sulphur dioxide and cancerous dust. Nickel is such a pollutant that the Philippines has closed or suspended up to 17 mines this year due to environmental concerns.

Another mine in Western Australia (Ravensthorpe Nickel Operations) was scheduled for imminent closure at the time of writing. In Colombia, both area residents and workers in the Cerro Matoso mine have reported elevated levels of deformities and respiratory problems associated with exposure to nickel mining and smelting pollution.

EV makers have said that they’re taking the necessary precautions. French carmaker Renault, which launched Europe’s best-selling electric vehicle last year, maintains that its manufacturers recycle almost 70 percent of the battery weight. And Tesla has affirmed that the nickel used in its vehicles is reusable. 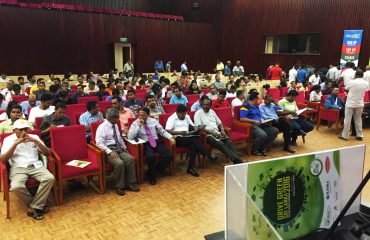