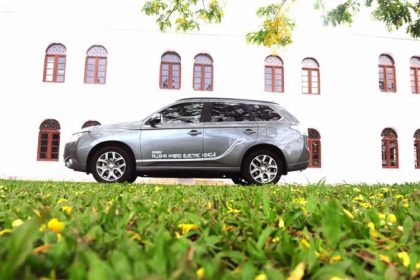 We have been generating greenhouse gases at the rate of 15 million tons of CO2 equivalent in 2012 which is equivalent to 244t per square kilometer, while the global average was only 62.35t per squar km. Even if we take only the land surface of the earth which is 30% only, the global rate was 207t per squar km. If we consider the atmosphere above our land area only, we have increased the CO2 concentration in the air by 16.3ppm while the global average increase was only about 4ppm in 2012.

So we are polluting the atmosphere above us at a much higher rate than the global average. What contributes to this high rate? It is transportation which contributes to almost 50% of this. Even Prof.Joseph E. Stiglitz, the Nobel Laureate who was invited here to address the Colombo Economic Forum, recommended that we should introduce a carbon tax which would raise considerable revenue.

How much does a car doing 15000km/yr at say 10km/litre of petrol pollute the atmosphere in Sri Lanka?

Then on the economic front: You are saving the wasteful expenditure of foreign exchange brought into the country due to the sweat of the girl working in an apparel factory, a tea/rubber plantation worker or somebody working as a domestic aid in the Middle East.

See how the dreams of these foreign exchange earners have evaporated during the last 15 years.

So as long as we keep on using oil, the dreams of these people will never, ever materialize.

So you have taken the first few steps in making those dreams come true.

Probably – most probably – our using increased numbers of BEVs may have prompted even the oil prices to remain this low. The oil marketers probably know that if they increase the price of oil, this Sri Lankan example – example provided by you all – could spread much, much faster in Sri Lanka itself and spread even in other countries. So they would prefer to keep the prices low. So you should get the credit for that 11% reduction in oil import bill we have experienced.

So you had taken the initial few steps to create a cleaner environment and a much better economy for future Sri Lankans. 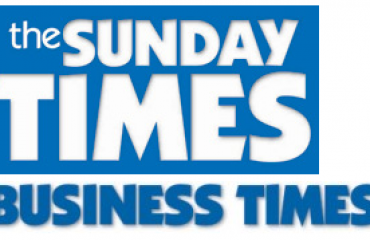 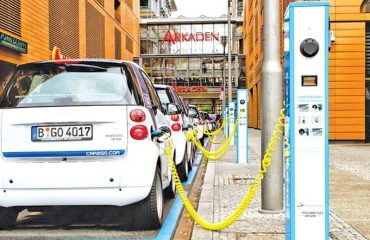 New regulatory mechanism in the offing